Posted at 14:08h in News by Joseph Boisclair 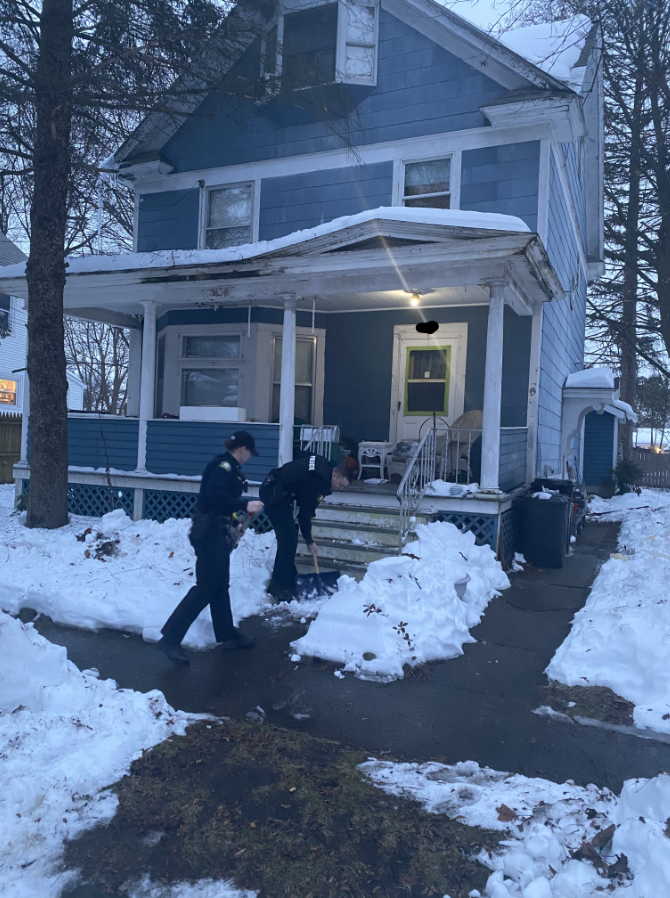 During the heavy snowfall of December 16th and 17th the city of Glens Falls received approximately 33 inches of snow. On Christmas eve the GFPD was made aware of an individual with medical conditions that prevented them from removing the snow from their walkway. The GFPD was further advised that the snow was hampering the delivery of this individual’s medicine by mail. Once advised of the  situation Police Officers Nick Rysedorph and Samantha Smith volunteered to go and shovel the individual’s sidewalk. The snow was removed and the walkway was salted. Thank you Officers Rysedorph and Smith for your dedication and commitment to service.